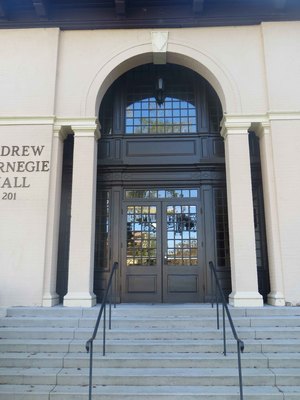 This is the entry door to the Carnegie Hall in the Rollins College, Winter Park, Fl.