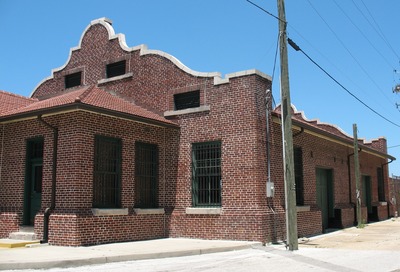 Tampa Union Station (TUS) is a historic train station in Tampa, Florida. It was designed by Joseph F. Leitner and opened on May 15, 1912, by the Tampa Union Station Company. Its original purpose was to combine passenger operations for the Atlantic Coast Line, the Seaboard Air Line and the Tampa Northern Railroad at a single site. In 1974, as Union Railroad Station, it was added to the U.S. National Register of Historic Places, NRIS #74000640, and in 1988 it received local landmark status from the City of Tampa.

Tampa Union Station was restored and reopened to the public in 1998. Today it operates as an Amtrak station for the Silver Star line. It also provides Amtrak Thruway Motorcoach services to Orlando, Lakeland, Pinellas Park-St. Petersburg, Bradenton, Sarasota, Port Charlotte and Fort Myers. In recent years, Tampa Union Station has also been discovered by Tampa’s arts and cultural community. Art exhibits have been hosted in the baggage building at the station from time to time.