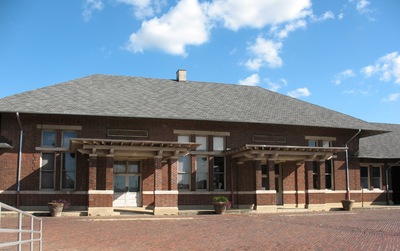 The Union Station is located at the end of W Roosevelt Ave, east of Washington St in Albany, GA. The Union station is now part of the Thronateeska Heritage Center and houses a history museum. Through Thronateeska’s efforts, the 1913 Union Station depot, located in what is now known as Heritage Plaza, was preserved as a legendary landmark, converted into a museum, and listed on the National Register of Historic Places, NRIS #75000590 in 1975.