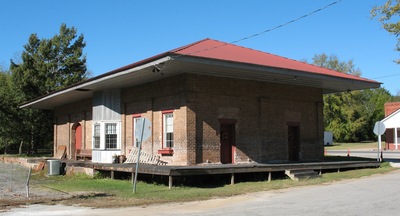 Bartow is a town of 223 in southern Jefferson County in eastern Georgia. Bartow was Station No. 11 on the old Central Railroad of Georgia line between Savannah and Macon. The place was given its present name to honor Francis S. Bartow, a Georgian killed in the First Battle of Manassas.

The present depot was built in 1869 to replace the earlier structure destroyed by Sherman's army. Transportation Enhancement funding for the depot's rehabilitation was approved in 2002. The tracks now carry Norfolk Southern trains, which are the dominant railroads in Georgia.