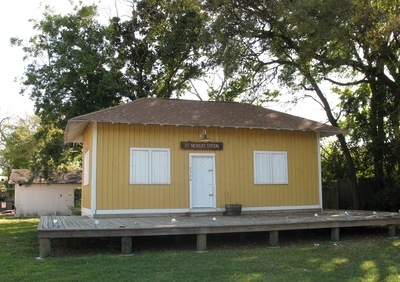 St. Nicholas is a small neighborhood on the south side of the St. Johns River, just east of San Marco. Today St. Nicholas is a chiefly residential neighborhood. After the Florida East Coast Railway Co. took over the train service from South Jacksonville to the beaches in 1899, a depot was built in St. Nicholas. It served the area until the railroad ceased operations in 1932, and was moved to the park in 2004 for restoration and use by the St. Nicholas Business Association. Park was renamed from Traymore Park to the St. Nicholas Train Station Park in 2008.