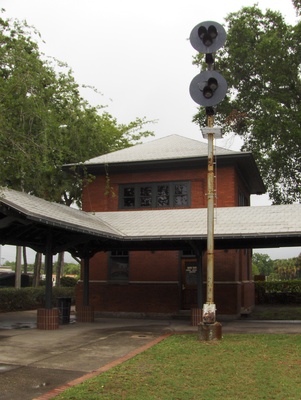 The Plant City Union Station Depot is a historic facility in downtown Plant City. It is located at Drane Street and Palmer Street and was built in 1908-1909 by both the Atlantic Coast Line (east-west line) and Seaboard Air Line Railroads (north-south line).

The building includes a one story brick passenger depot and two story Railway Express Agency brick freight terminal/loading dock. Even after the merger of the two railroads into the Seaboard Coast Line Railroad in 1967, Plant City Union Depot continued to operate until 1971. it was added to the U.S. National Register of Historic Places NRIS #75000558, on April 14, 1975. The architectural design is credited to J.F. Leitner.