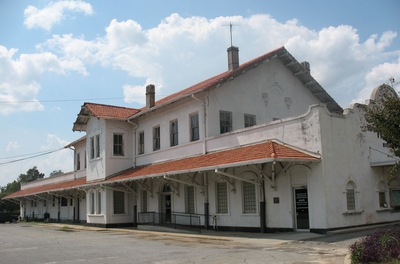 Fitzgerald, the county seat of Ben Hill County is in southeast Georgia. The old Atlanta, Birmingham & Atlantic depot, built in 1907-10, now houses the Blue & Gray Museum, which tells the story of the Union Army veterans who moved from the Midwest to the city in the late 1890s. It has been renovated and redesigned to reveal the story of Fitzgerald and its roots in the Civil War.

The Historic District on South Lee and South Main streets of Fitzgerald are listed on the National Register,