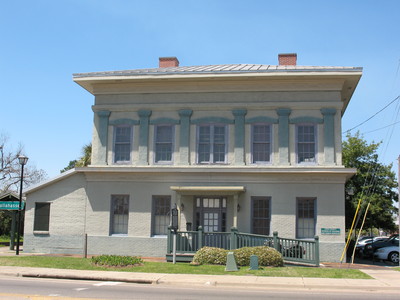 Tallahassee, also known as the Jacksonville, Pensacola and Mobile Railroad Company Freight Depot, is a historic train station in Tallahassee, Florida. It was built in 1858 and was served by various railways until 2005, when Amtrak suspended service due to Hurricane Katrina. It was added to the National Register of Historic Places in 1997, NRIS #97001589.

The station is one of the oldest railroad buildings in Florida. It was originally built in 1858 by the Pensacola and Georgia Railroad, which provided freight and passenger service east to Lake City. In 1869, during Reconstruction, the newly formed Jacksonville, Pensacola and Mobile Railroad (JP&M) took over freight and passenger service to the depot and extended service further.