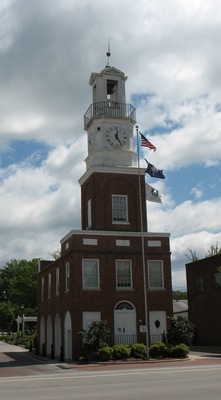 Winnsboro's Town Clock has run for over 100 years making it the longest running clock in the United States. In 1785, the General Assembly of South Carolina authorized the establishment of a public market in the town of Winnsborough. On land donated by Robert Cathcart in the center of Washington Street, a site for a new market house and town clock was chosen. The work on purchasing the clock began around 1833 and the materials were ordered from France.

The clock was erected in 1837. In 1875, it became necessary to repair the clock tower. An African-American carpenter, John Smart, of Winnsboro did the work and the present tower was erected. It has run for more than 100 years thereby distinguishing itself as the longest, continuously running town clock in the United States. The clock and the tower are the focal points of the Historic Downtown Winnsboro walking tour. The building also houses the Fairfield Chamber of Commerce