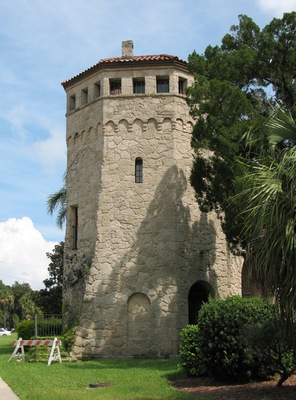 The Tarragona Tower (also known as the Tarragona Arch) is a structure composed of a tower and arch built of coquina stone in Daytona Beach, Florida, United States. Originally built with two arches, one was removed during the widening of International Speedway Boulevard.

The Tarragona Tower was designed by D.J. Emery and built of coquina rock taken from the property on which it was constructed. A complete restoration was recently completed in 2004. The arch is now considered a city landmark.