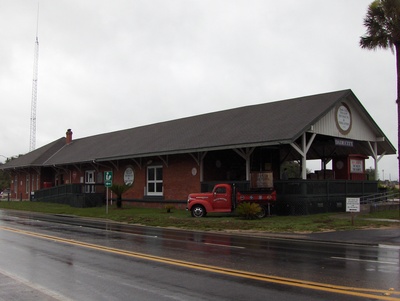 Built by the Atlantic Coast Line Railroad (now CSX), it is located on the U.S. 98/301 Bypass, across the street from East Meridian Avenue (SR 52). On July 15, 1994, it was added to the U.S. National Register of Historic Places.

The station is located on CSX's S-Line, which runs along the east side of the building. Amtrak's Palmetto service was provided until November 1, 2004. Today it is served only by Amtrak's Thruway Motorcoach bus service between Jacksonville and Lakeland. It is now used as the Dade City Train Museum & Theater in the historic downtown Dade City.