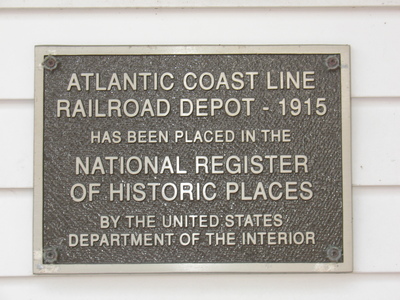 Mount Dora's old train depot, which now houses the Mount Dora Chamber of Commerce, has been added to the National Register of Historic Places. The depot, originally called the Atlantic Coast Line Railroad Station, was completed in 1915 at a cost of $8,223. It served as a freight and passenger depot until passenger service was discontinued in 1950. The chamber bought the building from the Seaboard Coastline Railroad in 1981 for $18,000.

A special plaque was prepared for the depot's outside wall, and a ceremony celebrating the designation was held .