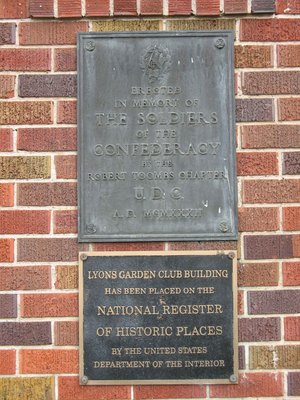 First Plaque reads: "Erected in Memory of the soldiers of the Confederacy by the Robert Toombs chapter. U.D.C. A.M. MCMXXXII."

Second Plaque reads: "Lyons Garden Club building has been placed on the National Register of Historic Places by the United States Department of the Interior."