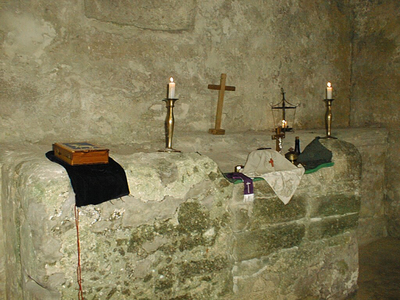 Altar inside the chapel at Castillio de San Marcos, St. Augustine Florida. Circa 2000-2019