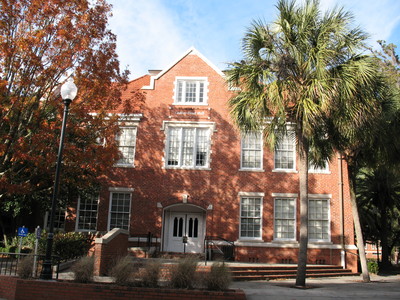 Griffin-Floyd Hall (originally known as Floyd Hall) is an historic academic building located on the northeastern portion of the University of Florida campus in Gainesville, Florida. On June 27, 1979, it was added to the U.S. National Register of Historic Places. #79000655.