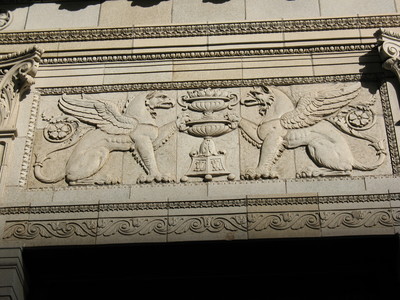 The Jacksonville Journal reported in its May 11, 1926, edition that the Greenleaf & Crosby Company planned to erect a six-story building on the northwest corner of Laura and Adams Street. The Laura and Adams street facades are extensively decorated with terra-cotta panels depicting griffins, eagles, urns, and floral motifs. The architects were Marsh and Saxelbye.