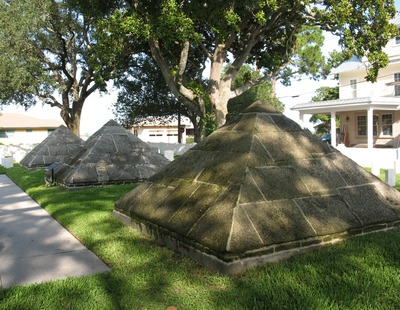 Soldiers Graves, Florida Indian Wars St. Augustine, FL, located in the National Cemetery, was photographed on July 6, 2011. The Dade Monument is composed of three distinct pyramids constructed of native coquina stone. The pyramids were erected in 1842 and were originally covered with white stucco. The memorials were dedicated at a ceremony on Aug. 14, 1842, that marked the end of the Florida Indian Wars.