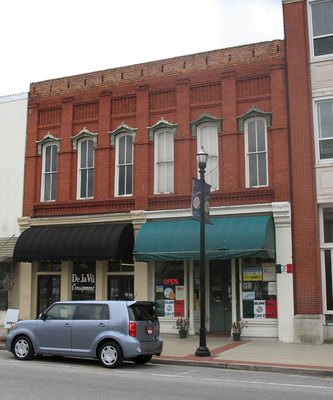 This is a commercial building in the historic downtown Quitman, which houses the De Ja Vu, a consignment & gifts shop with great treasures. It also houses the Mexican restaurant.