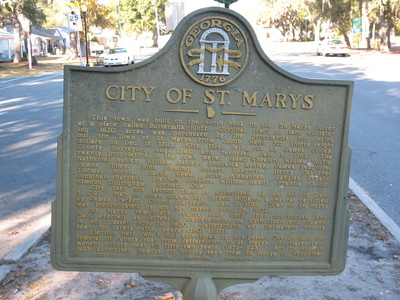 This marker was erected by the Georgia Historical Commission in 1953, in the St Mary's, Georgia, which is a town built on the north bank of the St Mary's River.