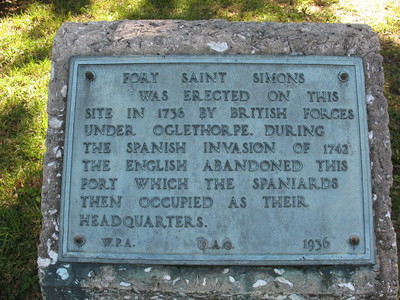 This marker is located between 12th and 13th Streets in SSI in Glynn County.

"Fort Saint Simons was erected on this site in 1736 by British forces under Oglethorpe. During the Spanish invasion of 1742 the English abandoned this fort which the Spaniards then occupied as their headquarters."