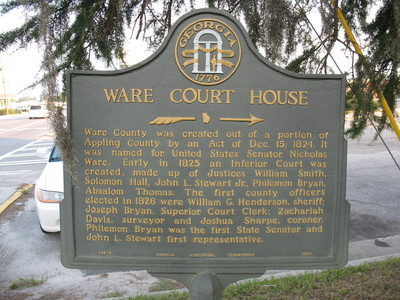 This marker is located near Courthouse in Waycross, GA